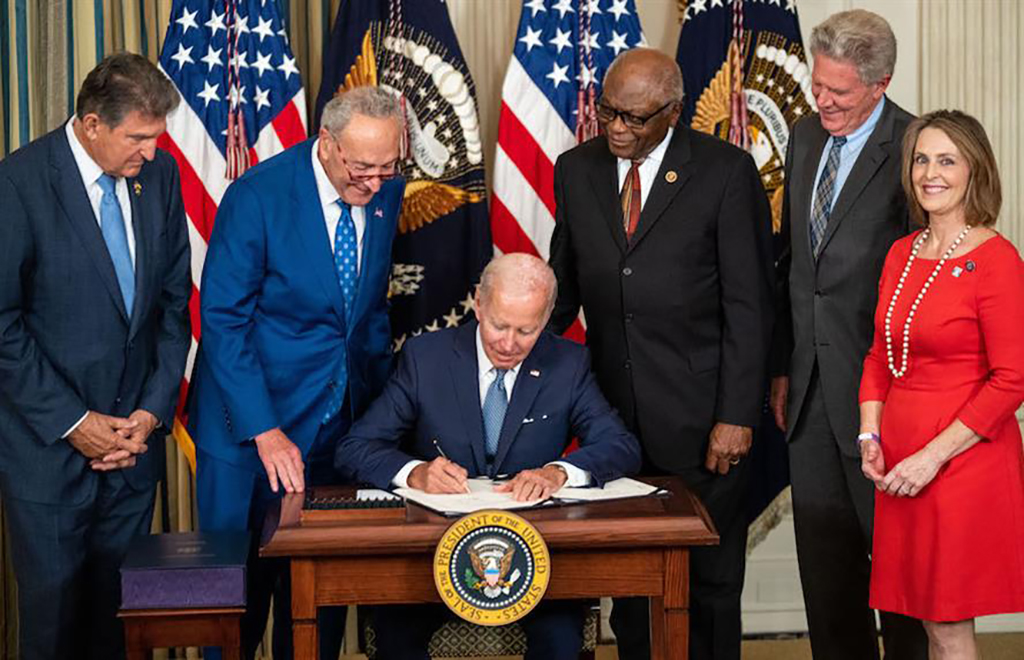 What the most impactful climate bill in history means for marketers

On August 16, President Joe Biden signed into law the Inflation Reduction Act of 2022 (IRA), which represents the largest and most significant set of climate programs in US history. While also addressing health and economic issues, one of the bill’s goals is to reduce greenhouse gas emissions by 40% over the next seven years.

For marketers and communications professionals, now is the time to take notice. Because as the climate programs of this legislation begin to be enacted, it will be incumbent on us to articulate how our businesses and customers engage in activities around them and, in some cases, market new technologies and ideas. And communicating about participation in climate efforts is not always easy.

For example, Yale’s Climate Change Program notes that the long-established transmission communication model, in which a messenger shares a message to specific groups through specific channels, is still commonly used, but is often too simplistic. and doesn’t always get the job. made in terms of climate communication.

On the contrary, the Yale program notes that there are complexities in today’s society that must be considered: a wide variety of messengers with different – and sometimes conflicting – messages, a wide range of channels and diverse audiences who come to the table with their own pre-existing beliefs, attitudes and values. If we’ve learned one thing over the past few years, it’s the challenge of getting people to agree on a solution when not everyone agrees that there is even a problem. Yet the only way we can achieve advocacy for climate programming is through communication that leads to an outcome of understanding, support and ultimately behavior change.

Having led communications programs for energy and renewable energy companies for nearly 20 years, I believe there are four best practices that extend to how we communicate in this dynamic time.

Humans are self-interested creatures and appeals to self-interest are rarely without reward. Yale research shows that most Americans worry about harm from a range of environmental issues in their area. As long as you can make messaging personal, it’s always more efficient. Of course, this requires multiple sets of messages and multiple messengers for multiple variations of “me” among stakeholders. For example, while some may be motivated by the promise of a cleaner future for their grandchildren, another may rejoice in the millions of jobs created through the clean energy revolution, and others are incentivized by the injection of community tax revenue that accompanies a new solar or wind farm, and how that helps fund things like police forces and schools. The good news is that the IRA is nothing if not jam-packed with incentives. Call it the Oprah Winfrey of tax credits. Almost everyone gets one. Strategic communication of climate messages should follow the same formula.

According to a Yale study, about six in 10 Americans (62%) say they feel “interested” when they think about global warming. About half say they feel “disgusted” or “sad” (51% each). Four in 10 or more say they feel “frightened” (46%), “angry” (44%) or “outraged” (42%). Although anger and fear can be powerful motivators, they are also emotions that become numb and pass. They may also come with the urge to give up and say that all is lost. Hope, on the other hand, can also be a motivating factor and provide a stronger basis for support and advocacy among stakeholders. Unfortunately, many of the net-zero promises, climate pledges, and vague emissions targets set by American business and government over the past few decades have created a sense of mistrust about real action being taken, or that anyone even had an idea on how to get there. To build real trust, audiences seek action, not just talk. Now, with financial carrots as motivations, companies may be able to move faster to demonstrate results and prove to key stakeholders that this is the real deal.

Climate programs are technical in nature, and people are not. It’s easy to get caught up in the jargon and forget that most speakers don’t speak science. For example, telling people that the annual reduction in CO2 emissions is estimated at around 2,869 tonnes per month based on historical data doesn’t mean much. But it helps when you add that this is equivalent to the CO2 produced by around 620 million passenger cars per year. Or that the world’s largest solar battery stores as much energy as 100 million iPhone batteries.

Break through the clutter of increased competition

There has been no shortage of clean energy news in recent years, from both tech start-ups and big energy players. However, before the IRA there may have been a few green hydrogen or city carbon capture solutions in the spotlight, and that is likely to change. Because the bill is technology neutral, meaning it does not advocate one solution over another to reduce emissions, it will effectively activate a modern ‘clean tech shark tank’, all in vying for their share of “green bank” funds as well as share of voice. In the next phase of the clean revolution, it will take both creativity and skill to capture attention and convince the public that your idea is the best.

The next few years will provide many more opportunities for many more companies, and by extension their marketing teams, to engage in communication around climate programs. And it’s important that we recognize that now is the time to evolve our approach to respond to the moment. Will effective communication solve our climate challenges? Not alone, but the challenges won’t be solved without him either.

Sandra Ericson is a partner and head of the energy and renewables practice at rbb Communications.

The big bet on the Aguas Frescas category

When to hire an SEO consultant or manager for your business