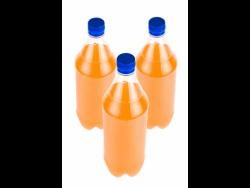 A Sunday gleaner A secret investigation into a public health facility and four schools in Clarendon found they were breaking the government’s ban on sugary drinks.

In 2018, Minister of Health Dr Christopher Tufton announced a ban on sugary drinks in schools and public health settings, which came into effect in January 2019.

“As of January 2019, the government will implement a policy to restrict certain types of sugary drinks in schools. By sugary drinks, we mean drinks that contain sugar or syrup added by the manufacturer,” Tufton said during his contribution to the 2018-2019 sectoral debate in the House of Representatives on June 5.

Interim guidelines for school drinks – a collaboration between the Departments of Health and Education, Youth and Information – say that drinks exceeding five grams per 100 milliliters (until 2020 ) are prohibited.

At the hospital, as well as in the nursery, primary and preparatory schools visited by The Sunday Gleaner team, obvious shortcomings were observed.

At May Pen Hospital, third parties were selling high-sugar drinks in the compound.

The hospital’s acting chief executive, Eugena Clarke-James, said The Sunday Gleaner that the practice was not supported or condoned by the institution.

“The sale on the spot is [also] restricted, with signs saying ‘no sale’. This is a violation of the standing order governing security. However, the intelligence services revealed that people were disguising themselves as customers to gain access to the premises and sell their product,” she said, adding that the establishment had since reinforced security to deter this practice.

In schools, several administrators, dealers and vendors appeared to ignore the rule, as many drinks on sale exceeded the recommended level of sugar content. Some said they didn’t know which items were prohibited or how much sugar was “acceptable”.

At the Central Parish Preparatory School the team visited last Thursday, the confectionery operator said she was unaware of the rules governing the banning of sugary drinks. She argued the government had not been “clear enough” about what should be sold to children.

“The government can be more specific about what we should sell. All schools should get a list,” she said.

According to her, sodas are a necessary commodity for students.

Children’s total energy intake should be met by consuming 55-75% of calories from carbohydrates; less than 10 percent should come from added sugar, as required by the government.

When The Sunday Gleaner contacted the vice president, she said the school was trying to “stay on the safe side” and had removed sodas from the candy store, but reintroduced them in January. She did not reveal the reason.

“I’m aware of an adjustment, but I’m not aware of a total ban. I don’t know if I’ve ever seen anything that says they shouldn’t be sold at all. I know some juices have less sugar,” she said.

Of the educational establishments visited on Thursday, May Pen Primary School had the fewest sugary drinks sold, with significantly more water than juice in stock.

A staff member said The Sunday Gleaner that the school had discontinued the sale of sodas years ago to promote a healthier lifestyle, a decision that reflected the message at the entrance to the candy store: “Get your healthy snacks here.”

Although in small quantities, The Sunday Gleaner The team asked school principal Paul Scott why some products that exceeded the stipulated amount of sugar were still being sold.

“The challenge most schools face is that suppliers do not provide the level of sugar content required. And the second thing in public schools is the lack of ability for parents to get the proprietary items,” he replied, alluding to the notion that healthier items are sometimes more expensive.

“We used to buy juice and so on and the students didn’t buy it. Perhaps the parents’ economic situation prevents them from having the necessary funds to buy the drinks that are [permitted]so we try to give them a little mix,” the principal explained.

He revealed that a particular drink that was removed from the offering was reintroduced after the sugar content was reduced.

A confectionery employee at May Pen High and Preparatory School said only alcohol and caffeinated products were excluded from the list of items sold at the establishment, citing religious reasons.

“The school is an Adventist school,” he explained.

He said he didn’t see a problem with students consuming soda and that it was the drink of choice for many students.

The Sunday Gleaner contacted the school’s principal, Winston Preddie, who said what the school sells is simply what it gets from suppliers.

“We sell what the suppliers provide. The ministry has given instructions on what to do, and the suppliers who supply the products we get here say they have reduced the sugar,” the manager said.

He added, however, that recent surveys show that his students are buying more water.

A bottle of soda was bought at the kindergarten visited. When asked why the item in question was sold there, a worker claimed that the soft drinks were not for students, but for staff.

She added, “We have little drink boxes for the students.”

Research shows that childhood obesity is linked to high consumption of sugary drinks and can lead to type 2 diabetes.

Face-to-face investigation with Nova LifeStyle (NVFY) and its rivals