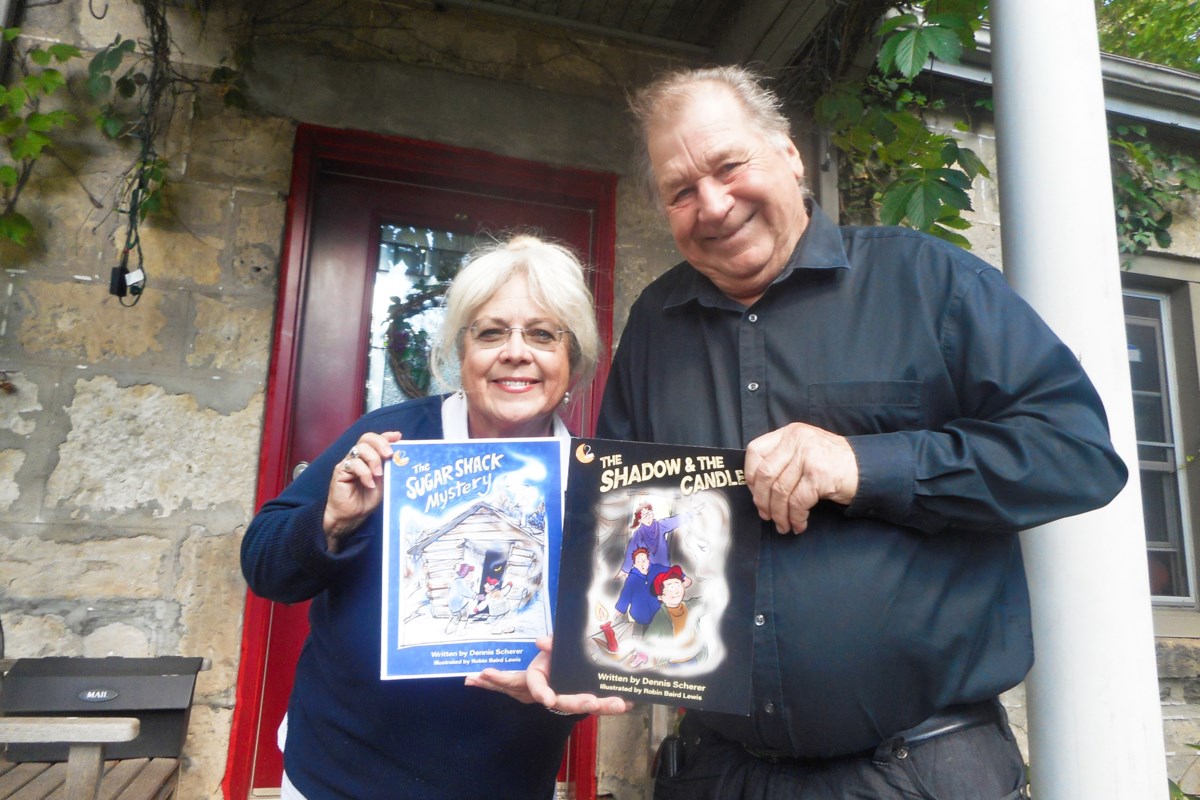 Scherer said he hopes to raise $ 10,000 by June 2022 in book sales and secure a major publishing deal

It’s a new story, but the end goal of the book series is the same for Guelph author Dennis Scherer; to continue to raise funds for children living with cancer.

The author of Shadow and candle came out with a new book for the Yellow Moon Mouse Children’s Campaign (YMCC), which aims to support families struggling with childhood cancer through the sale of children’s books based on stories told to his grandsons, Blake and Logan.

“We’re really excited about this book, it looks really good,” Scherer said, “I already have a lot of interest in this book.”

In his latest book, The mystery of the sugar shack, brothers Blake and Logan learn how to make maple sugar and meet a sugar shack in the woods, where they meet a new character who helps them make it.

“I think they’re going to have fun with it,” Scherer said of those who read the story.

The Ontario Parents Advocating for Children’s Cancer (OPAC) assists Scherer in the sale and promotion of his books. The Upper Grand District School Board has also reached out to Scherer about filming a promotional video about the books, which will be shown at assemblies hosted by various schools in his district.

On top of that, Scherer and Baird Lewis will also be attending two signing events at Stone Road Mall. The first event is Saturday October 23 from 11 a.m. to 1 p.m. and the second event is Sunday October 24 from 1 to 4 p.m.

“We’re really excited,” he said of the event, “A lot of people love the books.”

Through exposure and word of mouth, Scherer hopes to raise more money for the campaign. He mentions that book sales have been good for Shadow and candle, with more than 700 copies sold. To see which stores are selling the book, residents can visit the YMCC’s Facebook page.

“I must be in about 200 libraries in Ontario now,” he said of his first book.

The campaign raised nearly $ 4,000 in book sales, which was donated to various charities across the province, including locally to the Guelph Wish Fund. With a previous fundraising goal of $ 9,000, Scherer now believes the campaign can reach $ 10,000 by June 2022.

“Sales are doing well and we can say that we now support charities, and once the mystery of the sugar shack is out we hope things will escalate even further. “

While Scherer is happy with the YYMCC’s current progress, he wants more organizations to buy the book for use as a fundraiser. With his campaign, Scherer is offering the books to organizations to sell and use the proceeds to support their cancer fundraising, but some organizations have been reluctant to do so. He hopes word of mouth can help solve this problem.

“Every day I’m on this phone, working harder and harder, looking for places and finding other avenues,” he said. “My goal with this is to get a major editing deal, and I’m working on it.”

If that happens, Scherer said the deal could be a big entity for the book, wondering how much money the campaign could contribute to children with cancer and their families.