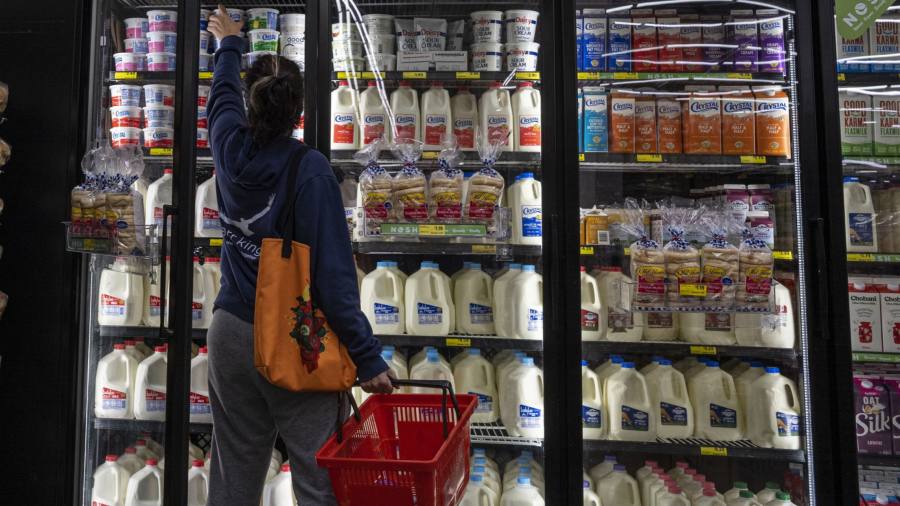 Three of the world’s largest advertising groups have raised their annual financial targets as they seek to convince corporate clients that it would be a mistake to cut brand building marketing budgets in response to cost pressures.

Several advertising executives said they were still cautious given customer concerns about inflation, the war in Ukraine and broader uncertainty. Philip Angelastro, chief financial officer of Omnicom, which owns the BBDO and DDB agency networks, told analysts this week that the company was ready to “adjust” parts of the business if necessary.

However, in the latest sign that diversified agency groups have so far avoided the digital advertising turmoil, IPG said it now expects organic growth of 7% for the full year, a increase from its previous forecast of 6.5%.

The improved sales forecast at least reassures investors that ad agencies have been successful in persuading clients to continue promoting brands in the face of economic turmoil.

John Wren, CEO of Omnicom, said those who had “continued to market through [past] recessions have thrived and come out of them faster than those that just cut costs indiscriminately.”

Arthur Sadoun, Managing Director of Publicis, said: “Despite – and perhaps because of – the challenges they [clients] they are facing, this will not prevent them from investing in their marketing and sales transformation.

Executives’ cautious optimism also comes despite a sharp slowdown in some parts of digital advertising after Apple implemented privacy controls that made it harder for smartphone apps to target ads to particular users. . Shares in the Snap social media group plunged this week after its losses exploded.

The divergent performance was partly due to some ad agencies’ focus on building longer-term brands rather than tactical online placements aimed at driving immediate sales, analysts said.

In another positive sign for the sector, Nestle chief executive Mark Schneider said this week that the consumer goods group was increasing consumer marketing spending in the second half.

Citing an easing of pressures on the supply chain, which has deterred some companies from advertising, he said Nestlé wanted to ensure its brands “remain well known to everyone”.

Michael Nathanson, analyst at MoffettNathanson, a division of SVB Securities, said the advertising results so far were largely reassuring, but noted a lack of financial guidance for next year. “Everyone expects all these macro headwinds to start hurting [then]”, he added.

Analysts forecast a weaker quarter for London-based WPP, which is due to report next week. The company is expected to report organic revenue growth of 3.3% due to a strong comparative figure a year ago, but a full-year increase of 6.1%.

Publicis, which owns Saatchi & Saatchi and Starcom, also raised its organic growth outlook to around 8.5%, from previously published guidance of between 6% and 7%.