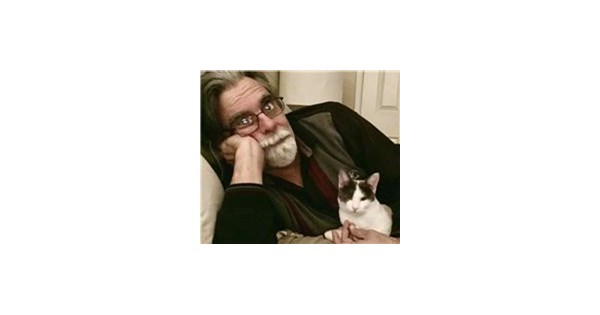 Phoenix, AZ – Steven J. Camara, 65, died August 30, 2021 at HonorHealth Scottsdale Shea Medical Center due to complications from triple coronary bypass surgery. He was born on May 25, 1956 in New Bedford, MA. Steve graduated from New Bedford High School in 1974 and Southeastern Massachusetts University with a BA in Commerce. He began his career in sales with Bettencourt Furniture in New Bedford, before joining Gene Rosenberg Associates (GRA) for ten years in Newington, Connecticut. He also worked for Jordan’s. For nearly twenty years Steve was an international sales representative and accountant for Fantasia Designs, an exotic clothing company with a factory in Framingham, MA, started by his wife, Pamela Camara, originally from Wethersfield, CT. After moving to Phoenix in 2005, Steve continued in the furniture industry as a director at Mattress Firm, as well as on GoDaddy’s customer support team. Steve was a gentleman and a deeply kind person. Known for delighting customers with his low-key sales approach, he has won numerous national sales awards. Steve had a chameleon personality, easily surprising people with his impromptu humor. He made his colleagues laugh to tears. His famous line was: “I don’t know anything! Steve and Pamela married on September 24, 1988, exactly one year after they met. They first met when Pamela was running a store for GRA in Natick and hired Steve for a planned sales promotion. Obviously, Steve worked his magic, as he made the most important deal of his life by winning Pamela’s heart. Just last year, noting that they had been married for 33 years, Steve was able to say that he and Pam had been married “half my life.” They cherished each other and the life they created. Steve has always had a special place in his heart for his family in Massachusetts, but he really enjoyed living in Arizona with his wife and cats. Steve loved his cats deeply and was a loving father to Himan, Whimpy, Bebe and Linga, his special love. Her surviving cats, Diva and Kitty C, mourn her absence. Steve was predeceased by his parents, Antone N. Camara and Hilda Cabral Camara; as well as by its sponsor, Filento A. Goes. Steve is survived by his beloved wife, Pamela Camara; for her, he will always be “the man of my dreams”. Pamela is grateful to have been with Steve as he took his last breath and knows their love is everlasting. He is also survived by his godmother, Lillian Goes; and by her close cousin, Kathleen Goes, of New Bedford, MA. Steve was a loving and compassionate soul. He was active at Our Lady of Mt. Carmel Church and was a member of the Legion of Mary. There will be no calling hours and no memorial service. If you want to remember Steve in a special way, you can make a gift in his memory to the Arizona Humane Society – Campus for Compassion, 1521 W Dobbins Rd, Phoenix, AZ 85041. Arrangements by Messinger Mortuary of Scottsdale, 480 -502- 3378 There will be a Mass at Mt. Carmel Church on October 3, 2021 at 11:30 am in New Bedford, MA.