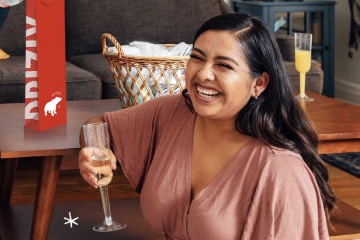 Online wine sales have increased dramatically during the pandemic. And several state legislatures are working on laws that would make it easier to buy spirits on line. The demand is there, which could mean online alcohol sales are about to skyrocket, and savvy online retailers could take advantage of growing consumer enthusiasm.

All it takes is a liquor license, right? Barely.

“I always tell my clients, when they ask me if they should ship wine to another state, that it’s a waste of time and money,” says Kimberly Frost, a Texas attorney who advises wineries on liquor shipping issues. “There are just too many moving parts to make it practical.”

Indeed, online alcohol sales in the United States are tightly regulated, a tangle of state and federal laws that take into account taxation, age verification, and even delivery. And that’s in the states where it’s legal. In all, there are 50 laws for 50 states – a legacy of the political compromise that ended Prohibition in 1933 and allowed each state to regulate liquor sales as it saw fit. Additionally, the laws differ for wine, beer, and spirits — and for in-state or out-of-state sales.

The regulatory framework in the United States for the sale of alcohol is called the Three-Tier System – created after the repeal of Prohibition. The intention was to prevent organized crime from controlling the alcohol supply chain.

The first level is made up of importers or producers – wineries, breweries and distilleries. They can only sell their products to a distributor.

Distributors are the second tier, and only they can sell to retailers and restaurants.

Retailers and restaurants are the third tier and, for the most part, the only way for consumers to purchase alcohol, although nuances exist. Drizly, for example, works with local retailers to sell and deliver alcohol to consumers.

Some exceptions to the three-tier system have occurred over the past decade. California, unsurprisingly, gives wineries more leeway to sell to restaurants and retailers, and consumers can buy wine directly from producers in most states. But these scenarios are limited. Most liquor sales in the United States exist through the three-tier system, and it gets confusing when those sales take place online.

Avalara, the sales tax platform, has released a helpful guide for wineries, breweries, and distilleries. “How to Sell Alcohol Online,” by 2nd Kitchen, a Chicago-based foodservice distributor, is also instructive. And “Selling Liquor Online” by BlueCart, an order management platform, provides additional details.