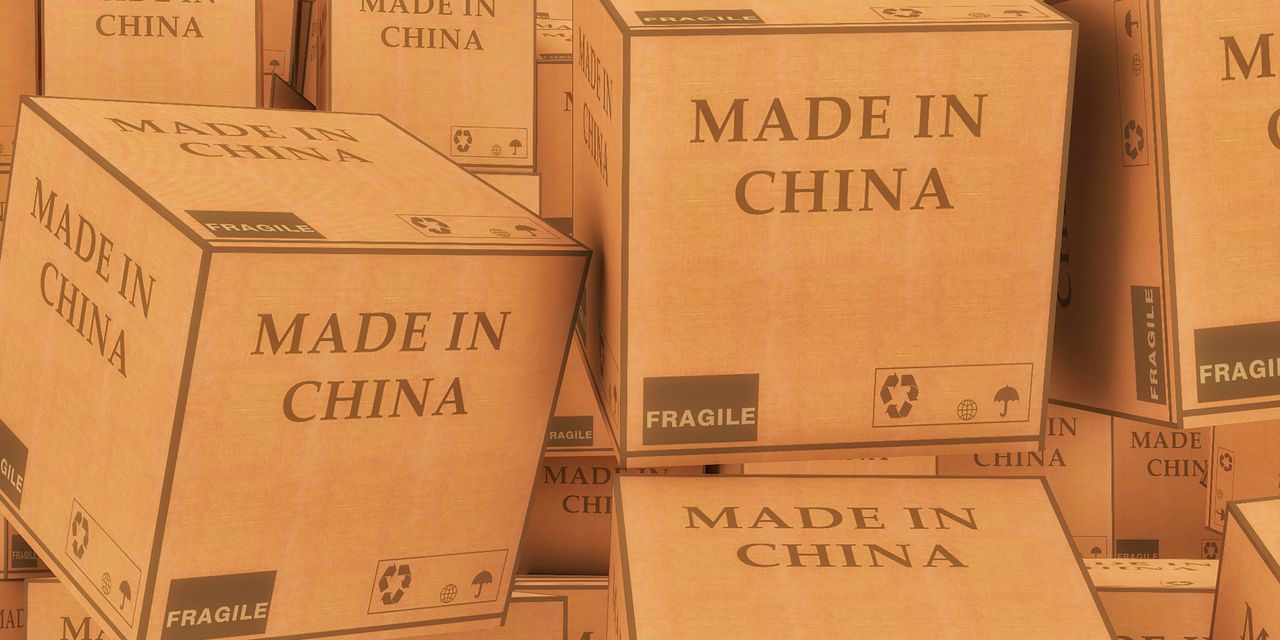 Opinion: Why is US customs law helping Amazon and China, not US manufacturers and retailers?

Last year, Amazon AMZN made $ 21 billion. And much of that profit came directly from Amazon’s position as China’s online marketing machine. China now represents approximately 40% of all Amazon sales, and an estimate 75% of all new sellers on Amazon are Chinese companies.

Sadly, US manufacturers and retailers are on the losing side of this deal. Beijing already heavily subsidizes its state factories, which allows them to charge artificially low prices.

But a change in US customs law in 2016 actually helped Amazon import even more Chinese products, and do so while avoiding US tariffs, taxes, and regulatory oversight. Unless Congress takes action, Amazon will continue to help Chinese companies grab more market share from US manufacturers.

No tariff on insignificant shipments

This is called the â€œde minimisâ€ threshold for products shipped to the United States. The de minimis provision was enshrined in US customs law nearly 100 years ago and was intended to save the federal government the trouble of assessing tariffs on small, unimportant (or in Latin, “de minimis”) items shipped from abroad.

Why has the de minimis threshold suddenly been raised so high? Put simply, it was a coup for Amazon and the express shippers that allowed them to start importing massive shipments of goods worth less than $ 800. They could now bring in endless amounts of consumer goods while avoiding the traditional process of customs bonds, manifest information, tariffs and taxes.

With the explosion of e-commerce sales, Amazon and other online retailers have been able to exponentially increase their sales and profits. Amazon’s revenue last year was over $ 386 billion. And according to Harsh Khurana, CEO of WeCultivate, around 52% of Amazon sellers are based in China, which means Amazon is pouring extraordinary amounts of money to Chinese companies.

The change in the de minimis threshold broke traditional trading relationships and removed much of the long-standing control over products imported into the country every day. Amazon’s massive importation of small packages means goods are shipped direct to U.S. consumers from obscure foreign suppliers. This makes regulatory oversight impossible and also bypasses the current 25% tariff on Chinese products. In fact, as long as a foreign seller claims their merchandise is valued at less than $ 800, their merchandise is not subject to any U.S. taxes or tariffs.

It’s a pretty amazing arrangement – and it puts an end to any hope that U.S. brick-and-mortar retailers can hope to compete fairly with Amazon. It also means that millions of potentially dangerous or counterfeit products continue to arrive in the United States every day. The fact that more than 90% of all intellectual property seizures are made by international courier and express transport. And 83% of these seizures come from China.

Ironically, China has its own de minimis threshold – barely 50 yuan, or about $ 7.82 – less than 1% of the US $ 800 threshold. This means that China easily imposes import duties on even the smallest items sent from the United States, a far cry from the generous $ 800 the United States is giving in return through the current de minimis level.

This is a dangerous and catastrophic arrangement for manufacturers and in-store retailers across the country. Congress should immediately restore the United States’ de minimis threshold to an amount that Americans would in fact consider “low value.” Adjusted for inflation, the old level of $ 5 would be $ 9 today, still higher than China’s rate and perfectly reasonable.

If Congress fails to resolve the de minimis problem, American producers and retailers who form the backbone of communities nationwide will continue to suffer. It is high time for Washington to tackle this disparity and correct the failings of the â€œAmazonian economyâ€.

Charles Benoit is a Business Advisor for the Coalition for a Prosperous America, a nonprofit organization that represents manufacturing groups, farm organizations and labor unions. Follow him on @charles_benoit

Poll: Are you buying any of the new HomePod mini colors?