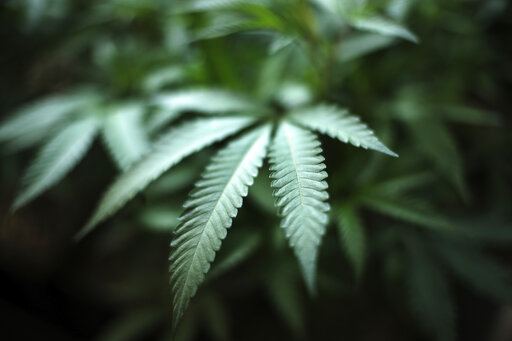 PORTLAND, Ore. (KOIN) — Effective July 1, retailers will no longer be permitted to sell a product containing an artificially derived cannabinoid unless it bears an Oregon Liquor and Cannabis Commission-approved label that clearly identifies it. as such.

Delta-8 THC does not make the cut.

In September 2021, the Centers for Disease Control and Prevention issued an alert to healthcare professionals regarding increasing incidents of adverse reactions caused by delta-8. Of 661 reported cases of delta-8 THC exposure reported to the CDC in 2020 and the first seven months of 2021, 119 of them required hospitalization.

Although the new rule stops the sale of products containing delta-8, it does not prevent retailers from selling artificially derived cannabinol (CBN). Products may continue to be sold as long as they are not intended to be inhaled – such as vape cartridges – and as long as they have been manufactured in a facility that has an ODA food and safety license by a processor licensed by the OLCC or a county of Oregon. agricultural licensed hemp handler.

An “artificially derived cannabinoid,” or synthetic cannabinoid, refers to a cannabinoid made by chemical conversion from another substance extracted from cannabis, according to the OLCC.

The CDC says synthetic cannabinoids are man-made chemicals that can be used as an alternative to marijuana. The agency warns that the products can be toxic and can cause rapid heartbeat, vomiting, restlessness, confusion and hallucinations.

The OLCC says that all products whose labels do not currently identify them as containing artificially derived cannabinoids can be updated with stickers, provided the sticker label has been pre-approved by the OLCC.

Retailers whose products are not properly labeled can choose to destroy them or contact the manufacturer or distributor to see if the products can be returned before July 1.