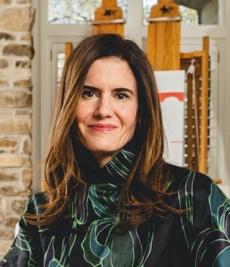 Carla Piñeyro Sublett, IBM’s Chief Marketing Officer, is no longer serving as CMO as the company seeks to make changes to its marketing division.

Effective immediately, IBM’s marketing division will report to Jonathan Adashek, who has been named chief communications officer and senior vice president of marketing and communications. An IBM spokesperson confirmed the changes to Forbes but declined to comment further other than that Piñeyro Sublett has not left the company and is “evaluating his next opportunity”.

In an internal email sent to IBM employees earlier today, IBM Chairman and CEO Arvind Krishna wrote that IBM is looking to “new opportunities and achieve growth in 2022”, which requires “an organization that is optimally designed, able to scale quickly and aligned.” throughout the company.

“There are two functions where we have seen progress in these areas in 2021: marketing and the communications and citizenship teams,” Krishna wrote, according to a copy of the email reviewed by Forbes. “Both have taken steps to simplify their organizations and structure their work around five campaigns to ensure a new level of customer centricity. However, I recognized that the world-class execution we need requires a deeper level of integration around our key messages and a greater focus on how we present ourselves as one IBM to our customers, employees and other key stakeholders.

Piñeyro Sublett — who joined IBM in February 2021 from National Instruments — had replaced former IBM CMO Michelle Peluso after she left to become chief customer officer of CVS Health. When announcing the arrival of Piñeyro Sublett last year, Krishna said the appointment would help bring IBM’s hybrid cloud and artificial intelligence technologies to market and described her as “a talented and seasoned with over 20 years of experience building world-class marketing teams and sales strategies.”

Adashek, who joined IBM in January 2020, is a longtime public relations manager who previously worked in communications for consumer-focused brands including Microsoft, Nissan and Renualt, and before that at the communications agency Edelman. He will be responsible for demand generation, branding and other marketing activities across the company, including its flagship event “Think”.

Over the past two years, IBM has sought to focus on a number of key areas ranging from cybersecurity and logistics to cloud computing and artificial intelligence. These ongoing priorities could also affect how it markets in the coming year. According to research by Statista, IBM spent $1.54 billion on advertising and promotions in 2020, up slightly over the past few years despite the company’s declining revenue.

Next week, IBM will release its fourth quarter 2021 results, and while it has beaten Wall Street earnings estimates in recent quarters, quarterly revenue has fallen or remained relatively flat for years. Whether this trend continues remains to be seen. However, earlier this month, Barron’s profiled IBM with “Microsoft Jr.”, predicting the company could have one of the “greatest turnaround stories of 2022.”

Shopify partners with JD.com to expand its presence in China