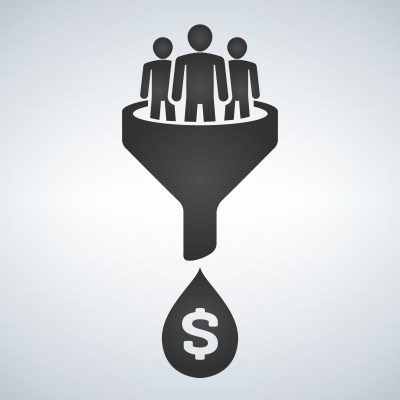 Sales and marketing has seen a huge boom in recent years, fueled by developments in user experience and design, innovations in how businesses can analyze and leverage big data analytics to better understand their target audiences and the technology to effectively connect with them. It has also led to a profusion of startups and mega-corporations expanding into the space – as well as the inevitable consolidation to bring these two groups together. In the latest development, two scalable business intelligence startups in Europe – Germany’s Echobot and Finland’s Leadfeeder – are merging and together have raised 180 million euros ($190 million at current rates) to power their next steps.

Together, the companies have some 8,500 customers, with a focus on working with companies in Europe. Leadfeeder is focused on providing tools to help businesses understand who is viewing their technology on the web to better understand who to target for sales and marketing opportunities. Echobot, on the other hand, is another company that creates tools to find B2B leads and better target team sales efforts. In a sea of ​​other companies developing trade intelligence technologies, it claims to be the most GDPR-compliant of them on the market today.

The all-equity financing comes from a single funder, Great Hill Partners, which invests a primary part and a secondary part (buying back some shares from existing investors). He’s also potentially offering another 50 million euros ($52.7 million) to complete acquisitions, as the trend that brought them together is likely to continue.

“There are so many opportunities to consolidate the market and put other pieces of the puzzle together,” Echobot CEO and Founder Bastian Karweg told TechCrunch. He will become CEO of the combined company, with Leadfeeder CEO/founder Pekka Koskinen taking on a product role.

Initially, the two companies will continue to be run separately with independent brands, but they plan to further merge their operations and technology. They already handle some talent acquisition and fundraising functions, but the software and sales integrations – building that broader view of a platform instead of point-of-sale solutions – are more complex and will take longer. They will also potentially take on a new name by next year, although opoint to consider on the brand front is that Echobot is also the name of a Mirai Malware Variant…

The valuation is not disclosed, but in a joint interview Karweg and Leadfeeder CEO/Founder Pekka Koskinen said talks started last year “before the market went downhill”. Karweg said the rating that was initially named in those discussions is the one that she ultimately stuck with.

In other words, it’s a way of saying the number hasn’t been affected by the great valuation depression that’s hitting so many other tech companies, big and small, right now. (And flipping that, you could also say it stayed flat and certainly didn’t rise either.)

Echobot is profitable and has been for some time. Leadfeeder was nearly profitable before this deal, Koskinen said.

While the founders note that it wasn’t current market pressure that brought them together, there may have already been writing on the wall to consolidate point solutions in the sales technology space.

The two had raised modest amounts in the same way prior to this deal (we’ve covered some of Leadfeeder’s fundraising here), and they came together after both went into the market looking to increase trading cycles. growth to develop. GP Bullhound happened to be advising them both, and much like Simon Cowell brought the members of One Direction together among the male soloists on X Factor, it suggested they could raise more money and get the deal done. , if they met. for a more powerful message and product in the market.

Derek Schoettle ran the deal for Great Hill Partners, and he’s an interesting person to involve in the company: one of his past roles was CEO of ZoomInfo – another big business intelligence player – and he spent years as an executive at IBM after a former company he ran, Cloudant, was acquired by it.

He said that one of the reasons that led him to fund this merged entity is the trend in the European market to provide more end-to-end tools to manage the functioning of sales teams. He and the founders all noted that in fact, the two startups individually had roadmaps for building features that the other already had. “So that gives them an immediate start to building a trade intelligence platform,” he said, possibly even to compete with Schoettle’s former company.

The other important thing to note here is geographic specialization, he said.

“Europe is not one country but many, and there are differences between them, whether in culture or data compliance,” he said. “Having a single, language-specific platform, and serving its markets with high-quality data, is a differentiator.”