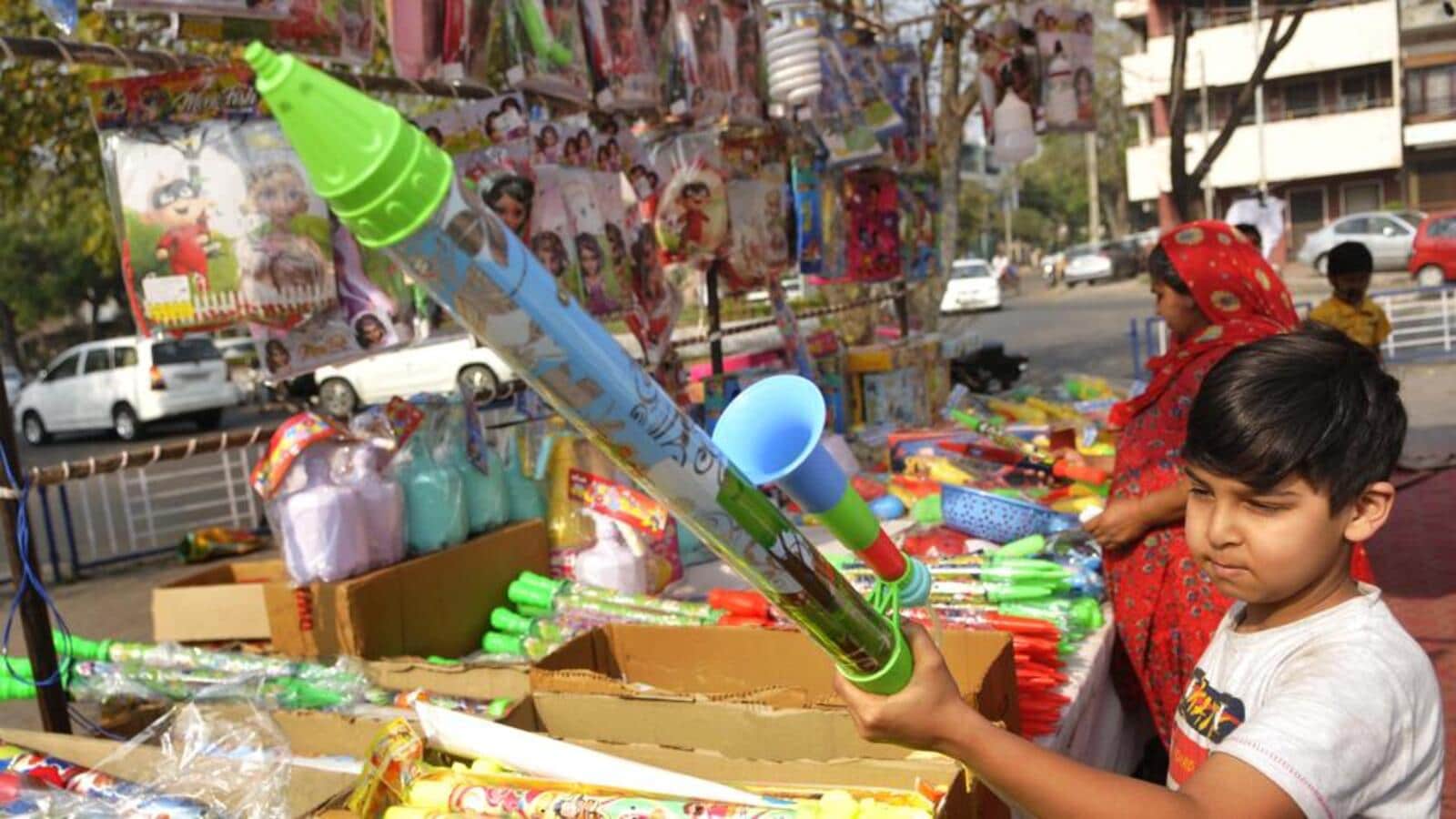 Despite trending up, Holi sales in Chandigarh are still below pre-Covid figures

For the first time since lockdown was imposed in March 2020 – which was followed by another in March 2021 – people will have the opportunity to indulge in full festivities to celebrate Holi.

While footfall picked up at the city’s markets, reported sales were still lower than they were in the pre-pandemic environment according to traders.

Speaking on the same subject, Sector 11-based owner of Dewsun and Chief Spokesperson of Chandigarh Beopar Mandal, Diwakar Sahoonja said, “We are definitely seeing more people in the Holi markets this year. Many people, however, have lost a loved one in the past year, which is why they do not celebrate Holi. Even the purchasing ability of those celebrating has been affected and gulaal is the commodity of choice while more expensive items have taken a back seat.

Businesses also lamented the delay in setting up holiday stalls outside shops in various markets around the city.

Booth owners in Sector 46 said they only started setting up booths on Thursday. Rajinder Kumar, one of the vendors, said there were not many visitors during the day, but they expected a better response in the evening.

Ankur Rawat, who has established a stall in this market for the past eight to nine years, said, “We don’t have much new stock this year as many items from the previous two years are sold out. Some of the novelty items we sell have beautiful designs and have cartoon images for children.

In Sector 35, Ankur Gupta has stockpiled water guns costing up to ₹2000 for sale. He said: “Although people prefer simpler squirt guns, people’s purchasing power has not been affected, especially in upscale localities. People are also very careful to buy herbal gulaal even though it is more expensive than the normal type.

Other marketers echoed this sentiment and reported higher sales of herbal gulal compared to the chemical variant.

According to Sahoonja, the shopping trend has changed slightly this year, with people choosing to buy sweets and cakes instead of colors to spend more time with their families.

Sindhi Sweets owner Neeraj Bajaj also added that sales of gujiya, in particular, have picked up this Holi and even come close to sales seen in pre-pandemic years.

Bajaj, who is also chairman of the Business Promotion Council, Sector 17, added that while footfall picked up on Thursday, Sector 17 will remain closed on Friday morning and shops will not open until around afternoon.