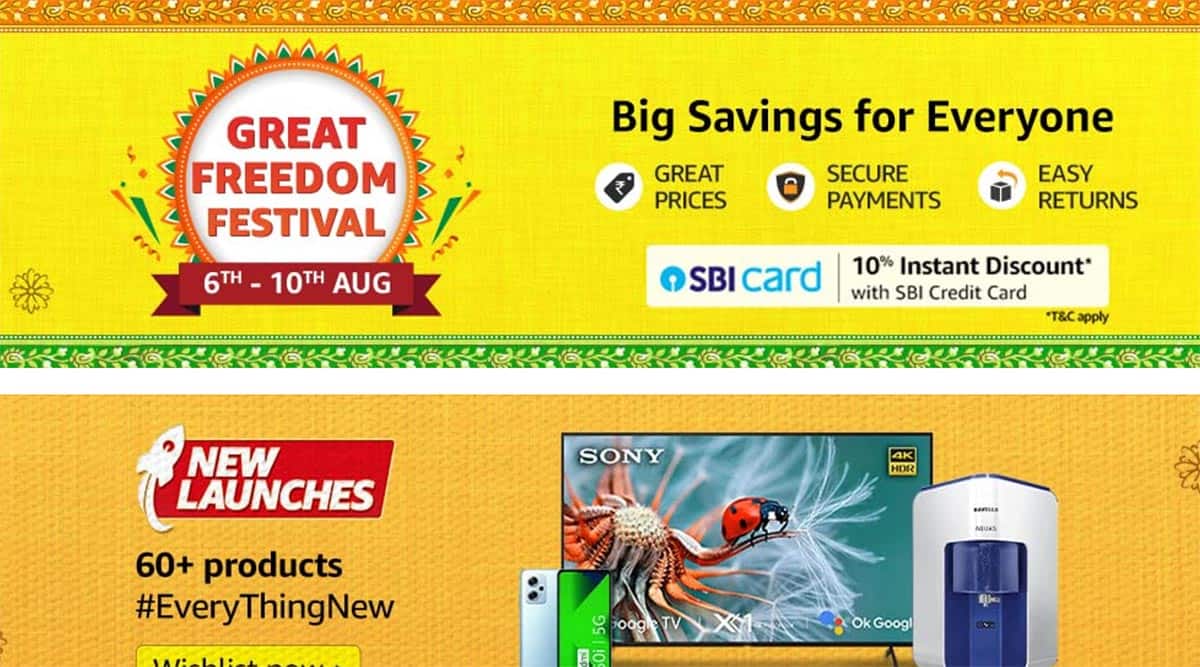 If you missed the Amazon Prime Day sales, don’t worry, sales season isn’t over in the e-commerce world. Amazon is gearing up to hold its next big Great Freedom Festival 2022 sale which will kick off on August 6 and run through August 10. , household appliances and other electronic devices. Amazon has partnered with SBI Card to also offer a 10% instant discount.

The offers have not yet been announced as such, but there will be offers for electronics. According to Amazon’s promotional page, its own Echo devices could get a discount of up to 45%, while Kindle devices will also get discounts of up to Rs 3,400. Amazon’s Fire TV devices will see up to 44% off.

There will also be discounts on laptops, as well as new TV launches. In smartphones, the most anticipated details will be about Apple’s iPhone series, especially the current iPhone 13 series, given that the iPhone 14 will be launched next month. Apple’s older iPhone 12 and iPhone 11 phones will likely get more discounts as well, so could be a good opportunity for anyone looking to upgrade.

Amazon’s promotion page also mentions discounts of up to 40% on smartphones and accessories. Over the years we have seen that deals on smartphones have become less attractive while deals on accessories etc. are often much more tempting. For those looking to get some new audio products, these sales are a great time to grab some of the more premium devices at a discount. Premium headphones from Sony, Sennheiser, Bose are usually on sale during these sales, so keep an eye out for those deals.

We should know more about the deals once the sale goes live.